Here, i will try my best to explain the going-ons of the settings of my story,
since the locations impact the characters a lot!

The Liminar System is found in the Suryis galaxy and consists of 7 planets: 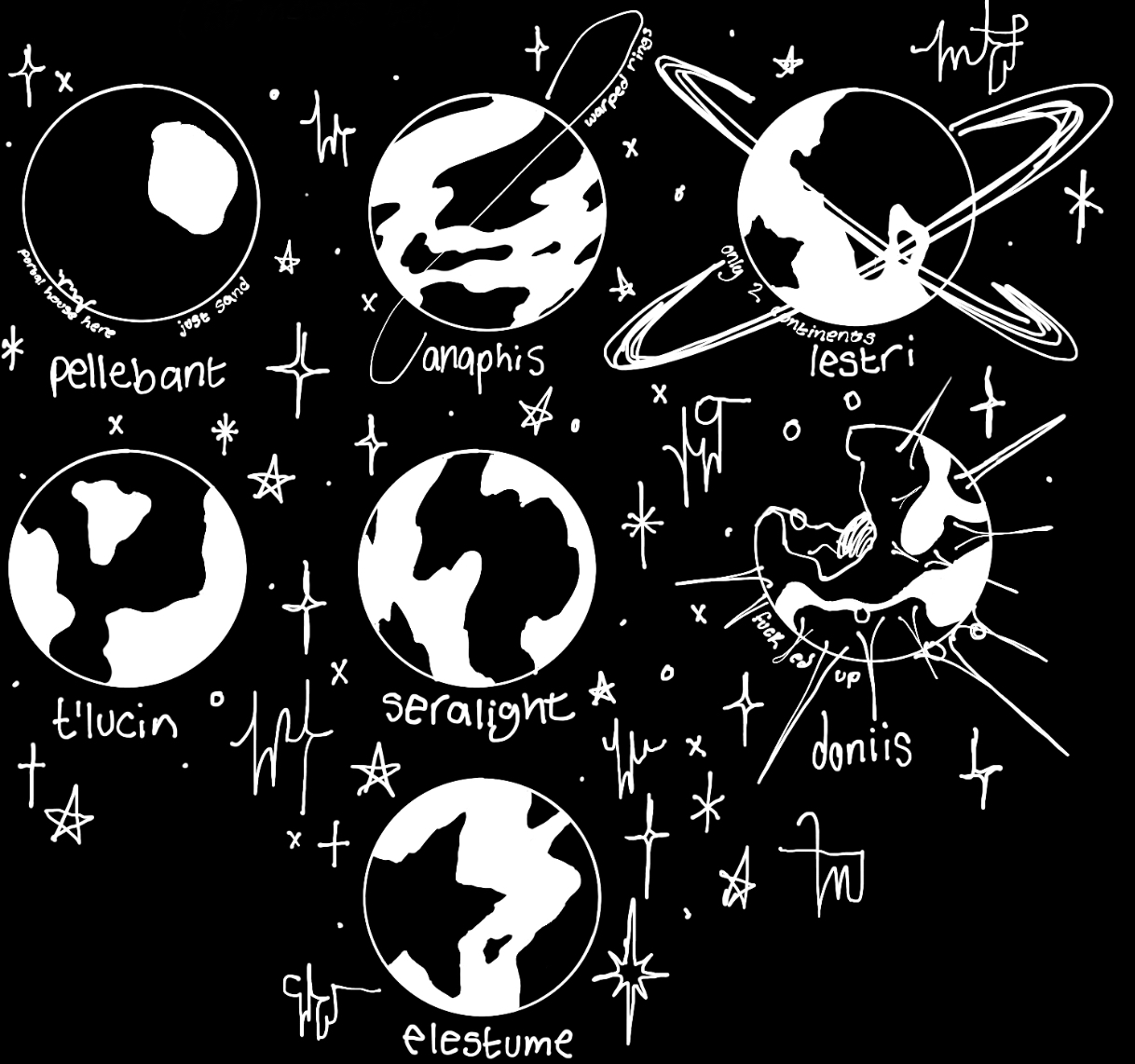 The white is water
They are ordered chronologically by the order of which they became part of the Liminar System.

The planets are all about the same size and Earth-like in nature with similar gravity. They all inhabit life, which wasn't by coincidence. The cultivator of the Liminar System, Adam, brings planets which are suitable for (intelligent) life into the System. All of these planets are home to humanoid creatures, ranging from angels to mermaids to humans. The planets form a ring and orbit the Liminar Star.

I understand it's kind of childish, like instead of 7 planets with 100s of countries i'll never be able to fully illustrate, why not one planet with 7 continents or something smaller? The idea for a lot of the planets is that they are extremely developed, and super globalized, like how the world is becoming more and more of everyday. In that, more places are similar and there is less to differentiate. I also try to implement certain extremes that merit the separation by planets, like the unbearable heat of the hallowed planet, Pellebant, or the almost completley flooded planet of Anaphis. My mermaids couldn't live on Pellebant, i need to give them their space. The gifts of the Elestume angels would cause a divide in power and war, they need their space too. In the parts that are developed they need so much space from eachother, and i understand that that leaves a lot of buffer space for me to fill and i will try my best, though in the end, i know i will fall short.

Life in the Lim. System:

Click here for some explanations on different Liminar specific species, races, and castes.

Liminar System Spotify Playlists
This will take you to a breakdown of each of the playlists' genres.