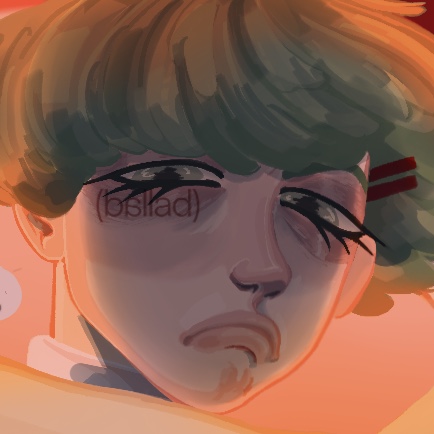 Cologne lives in Aromis and is a student at the Aromis Academy of Royal Occupations (AARO). He enjoys cooking, gardening, fashion, and golf.

Cologne mostly keeps to himself. He is extremely intelligent and gifted which inflates his ego. Others think he is unpleasant to be around because of this.

Cologne has resting bitch face that makes him look unwelcoming. He likes to dress prim, classy, and polished. He was born with brown hair that randomly started to grow in green. He also has braces.

Cologne is a star student at the AARO with many awards for his brilliance. He is known for making revolutionary breakthroughs in toxicology. He spends most of his time at the academy or in a lab. Cologne continues to take classes at the acadamy while also teaching intro classes for a wage. In the lab, he works on synthesizing poisons and genetic modification of plants and seeds to grow foods that look and taste normal, while having various effetcs on the body.

Cologne also cooks for the Portal House. When he has enough time he prepares massive amounts of food for the starluggers in their kitchens. He gets paid in favors which he then sells for Aromii dollars.

Cologne is an only child and lives with his parents, Martha and Eloise Clover. He has a good relationship with both of them but is closer with Martha. Cologne grew up calling Martha mother while Eloise was mommy but as Cologne got older it changed to mom.

Cologne's first relationship and first friend in AARO was Llyod. They had known each other for years before they started dating. They were in a happy relationship for a while but it became very abusive. Llyod was older than Cologne and became manipulative and controlling. He pressured Cologne to do many things which he didn't want to and guilt-tripped Cologne constantly. (Because of Llyod, Cologne became an alcoholic) Llyod then cheated on Cologne and twisted the story to make Cologne believe it was his fault. They got into a HUGE argument, and Llyod struck Cologne. A few days after that Llyod broke up with Cologne and this crushed him. Cologne became colder afterwards and shut others out.

Cologne doesn't get along with many people anymore but before his breakup, he was friends with Quinn at the academy. They started eating lunch together and Cologne tutored Quinn sometimes. They bonded over fashion and Cologne's cooking.

Cologne loves the smell of bleach, it's in his top 5 best scents.

Basically has a phobia of plastic.

Diet: Only eats local, organic, and fresh foods. Barely eats anything he doesn't make himself.